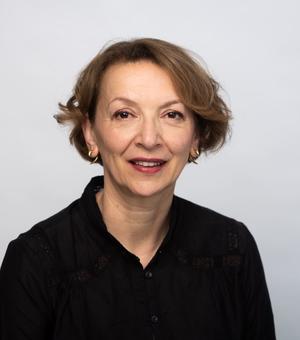 My research and teaching centre on the history of Europe’s transnational and international relations from 1850. I am especially interested in the relationship between states, civil society and markets, nationally and internationally. It has led me to write on the history of Europe in the Great Depression; the origins and outcomes of the two world wars; transnational methodologies; the international history of law, and the League of Nations and United Nations. I am writing a book on the history of ‘human security’ in Europe (which includes Britain). It recovers how notions of security concerned the habitability of the environment, the stability of the capitalist order, and the ‘intactness’ of the human body. I am working together with colleagues in global history and in the department of International Relations on the ‘Histories and Futures of Global Order’, and have a new project on the history of food systems.

My published work includes books on The History of the Great Depression in Europe, 1929-1939 (London, 2000), The Failure of Economic Diplomacy: Britain, Germany, France and the USA, 1931-1936 (London, 1996), and a History of Modern Europe Since 1850 (London, 1996 and 2003), co-authored with Asa Briggs. My book, Securing the World Economy: The Reinvention of the League of Nations (Oxford, 2013) won the British Academy Medal. I published an edited collection with Glenda Sluga, Internationalisms: A Twentieth-Century History (Cambridge, 2017).
I am a Fellow of the British Academy; a Foreign Member of the Norwegian Academy of Science and Letters; an Associate Researcher of the Centre Marc Bloch, Berlin; and an Associate Member of the ‘Future of Food’ programme at the Oxford Martin School. I serve on the editorial board of Past and Present.

This is a pioneering survey of the rise of internationalism as a mainstream political idea mobilised in support of the ambitions of indigenous populations, feminists and anti-colonialists, as well as politicians, economists and central bankers. Leading scholars trace the emergence of intergovernmental organisations such as the League of Nations, the United Nations, the International Labour Organisation and the World Health Organisation, and the corresponding expansion in transnational sociability and economic entanglement throughout the long twentieth century.

The Cult of King Tut

The Cult of King Tut