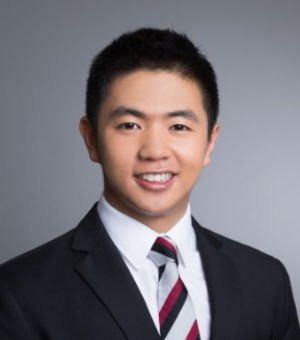 Academic Profile:
I am a DPhil candidate in History at Merton College under the supervision of Professor Rana Mitter. My research focuses on why British colonial policy shifted from an approach of slow democratisation and cooperation with the PRC to one of accelerated democratisation and confrontation with the PRC towards the end of the Wilson Governorship and beginning of the Patten Governorship.

Previously, I completed an MPhil (Oxon.) in International Relations with Distinction under the supervision of Professor Todd Hall. I wrote my MPhil dissertation "Crash points and the Game of Chicken: The Sino-British negotiations over Hong Kong", on conceptualising a framework for how 'crash points' can be constructed in international negotiations that have been understood as a game theoretical "Game of Chicken", and used this framework to understand and explain the decisions of British policymakers at significant points during the 1983-84 Sino-British negotiations over Hong Kong.

Prior to that, I obtained a BA in History with First-Class Honours at Somerville College, University of Oxford. I wrote my undergraduate dissertation "Twenty-five percent ‘Macao’d’ already?”: Emotion and analogical reasoning in the Governor-Whitehall relationship during the 1967 Hong Kong riots" on the use of emotion and analogies by British policymakers during the 1967 Hong Kong riots, for which I was awarded the Robert Herbert Memorial Prize for the best thesis on British Imperial and Commonwealth History.

I have worked as a Graduate Research Assistant to Professor Jennifer Altehenger, Jessica Rawson Fellow in Modern Asian History & Associate Professor of Chinese History at the University of Oxford, and was awarded the Catherine Hughes Award (Margaret Thatcher Scholarship Trust, Somerville College) for a fully funded archival project assessing material recently donated by Baroness Shirley Williams to Somerville College. I have also worked as a History Aptitude Test (HAT) marker for the Faculty of History, and as a Graduate Admissions Assistant for Oxford Undergraduate Admissions in History & Joint Schools at Somerville College.