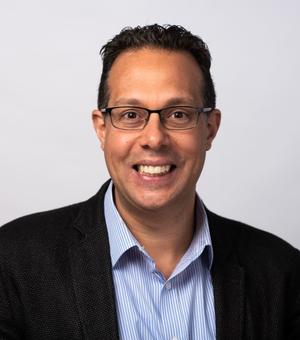 I studied at Tufts, Oxford and Princeton, and taught at Cambridge, before taking up my post at Oxford in 2012.  I am an historian of the Middle East, but my research sometimes drags me into other parts of the early modern world.  My first book, The Whispers of Cities (Oxford, 2013), explored the circulation of oral, scribal and printed information across Istanbul, London and Paris in the late seventeenth century.  My other major interest is the history of Eastern Christianity, by which I mean primarily the history of the Christian communities living in the Ottoman Empire.  Since 2015, I have been the Principal Investigator of an ERC-funded project called ‘Stories of Survival: Recovering the Connected Histories of Eastern Christianity’ (more information can be found here: http://storiesofsurvival.history.ox.ac.uk).  My published work on this subject includes several articles on Eastern Christian migration, the history of orientalism, and the social history of Middle Eastern Christianity.  This project has also given me an opportunity to develop some of my other interests, namely in the history of mobility, the history of information and archives, and the relationship between microhistory and global history. I am the editor of a Supplement issue of Past and Present on Global History and Microhistory, which will be published in November 2019.  I teach widely across the history of the early modern world, and I welcome enquiries from prospective graduate students interested in working in fields and sources relevant to my interests, especially Middle Eastern history.

For students interested in doctoral study under my supervision, please see the following link for news of a doctoral studentship in Middle Eastern Christianity: https://www.humanities.ox.ac.uk/colophons-community-and-making-christian-middle-east-1500-1900 .

My current research involves a number of publications related to my interests in Eastern Christianity.  First, I am completing a book called Leaving Babylon, which is a study of Elias of Babylon who I first wrote about in articles in 2012 and 2014.  My work on the Stories of Survival project has given me the chance to work with an exciting community of scholars based here at Oxford and around the world.  This will result in the publication of two books that reflect my interests in microhistory, Middle Eastern history, and global history.  The first arises from a workshop on Christians and Jews in Ottoman Society, to take place in Oxford in July 2017, which will be published as a collection of essays in 2018.  The second is a set of reflections on microhistory and global history, The Space Between, which will appear in 2019.  Finally, I have recently published articles on a range of topics related to the social history of archives, microhistory, and religious materiality.  In general, I enjoy collaborating with other scholars and especially the opportunity to learn from others working in history, oriental studies, and archaeology.

The Whispers of Cities: Information Flows in Istanbul, London, and Paris in the Age of William Trumbull (OUP Oxford, December 2013)

The Whispers of Cities: Information Flows in Istanbul, London, and Paris in the Age of William Trumbull (OUP Oxford, December 2013)

Shortlisted for the Longman-History Today Book of the Year Prize. Turkish translation forthcoming.

In recent years, global historians have painted an impressionistic picture of what they call the 'connected world' of the seventeenth century. Inspired perhaps by the globalised world in which they write, scholars have emphasised how the circulation of people, objects, and ideas linked the distant reaches of the early modern world. Yet for all the advocates of such a 'connected history', we are only beginning to make sense of what global connectedness meant in the lives of ordinary people.

I would like to hear from potential DPhil students or any potential Masters students looking at topics related to my research or early modern global history more generally.