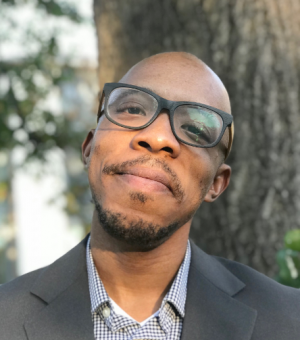 I am interested in the History of the Atlantic World, and, particularly, the cross-imperial relations of the British, Spanish, French and Dutch Greater Caribbean. My current research project makes a case for the rise of a Greater Southern Caribbean region (inclusive of Venezuela and the Guianas) in the late eighteenth century, showing evidence for a very polyglot, cross-imperial and interconnected world. I am currently the Bennett Boskey Fellow in Atlantic History at Exeter College.

My current research has two main areas of focus. First, my work cuts across linguistic and cultural boundaries and advances conceptualizations of regions in the Atlantic World, showing evidence for a very polyglot, cross-imperial and interconnected Greater Southern Caribbean world. Second, my research complicates our understanding of late eighteenth- and early nineteenth-century European empires, revealing their increasing porosity and interdependent nature in the Caribbean.

This volume represents one of the first efforts at the University of the West Indies to craft a history of the Guild of Students on one of its campuses. Pantin and Peters give a general picture of the main issues, personalities and events at the St Augustine campus. Throughout its history, the guild confronted many recurring problems; two of the most important were its relationship with the administration of the university and the students’ general apathy towards extracurricular engagement. It is the hoped that this history provides a glimpse of key developments and personalities that can generate further detailed study of the Guild of Students.

Dexnell Peters. “The People and the Caribbean Integration Process: Popular Perspectives from Trinidad.” In In The Fires of Hope: Essays on the Modern History of Trinidad and Tobago, edited by Debbie McCollin. Jamaica: Ian Randle Publishers, 2016.

Dexnell Peters and Farid F. Youssef, "Public trust in the healthcare system in a developing country." The International Journal of Health Planning and Management (2014): 10.1002/hpm.2280

Dexnell Peters, “How has Capitalism and Slavery shaped current debates on the commerce in African slaves and the abolition of slavery? What relevance, if any, do these debates have for today’s student?” (Published in multiple sources: The Miami Herald, CARICOM and UWI publications), 2008