This lecture is centrally concerned with those Americans who pioneered the serious study of Spain and Latin America in the early republic: Washington Irving, George Ticknor, Henry Wadsworth Longfellow, William H. Prescott, and Mary Peabody Mann. While some are better known than others, little has been said about them as a group that knew each other, or the reasons for their personal and scholarly interest in Spain and Latin America. The presentation will dwell on their reading of Spanish sources as well as the political, literary, and religious underpinnings of their views. The argument that will be pursued in the talk is that these scholars were drawn into the history of the Spanish empire and their former colonies by their desire to not only examine the emergence of once-vibrant national culture, but also to explain the causes of its demise, for reasons that resonated with their own concerns about the character and development of an emerging American sense of national identity, indeed of an emerging American empire. The lecture will finally evaluate their contributions to developing criteria for the writing of history in general, and Spanish and Latin American history in particular.

Iván Jaksić is Director of the Santiago Program of the Bing Overseas Studies Program, Stanford University. He has held academic appointments at the University of California at Berkeley, the University of Wisconsin-Milwaukee, and the University of Notre Dame. He has also held visiting appointments at Harvard University, Oxford University, and the Catholic University of Chile. Jaksić has received numerous awards and fellowships, including the Guggenheim Fellowship. He is the author of Academic Rebels in Chile (1989), Andrés Bello: Scholarship and Nation-Building in Nineteenth-Century Latin America (2001), The Hispanic World and American Intellectual Life, 1820-1880 (2007), and several edited, co-edited, and co-authored books. Jaksić is an elected permanent fellow of the Massachusetts Historical Society, the Chilean Academy of Language, and a Corresponding Member of the Royal Academy of Language in Spain. 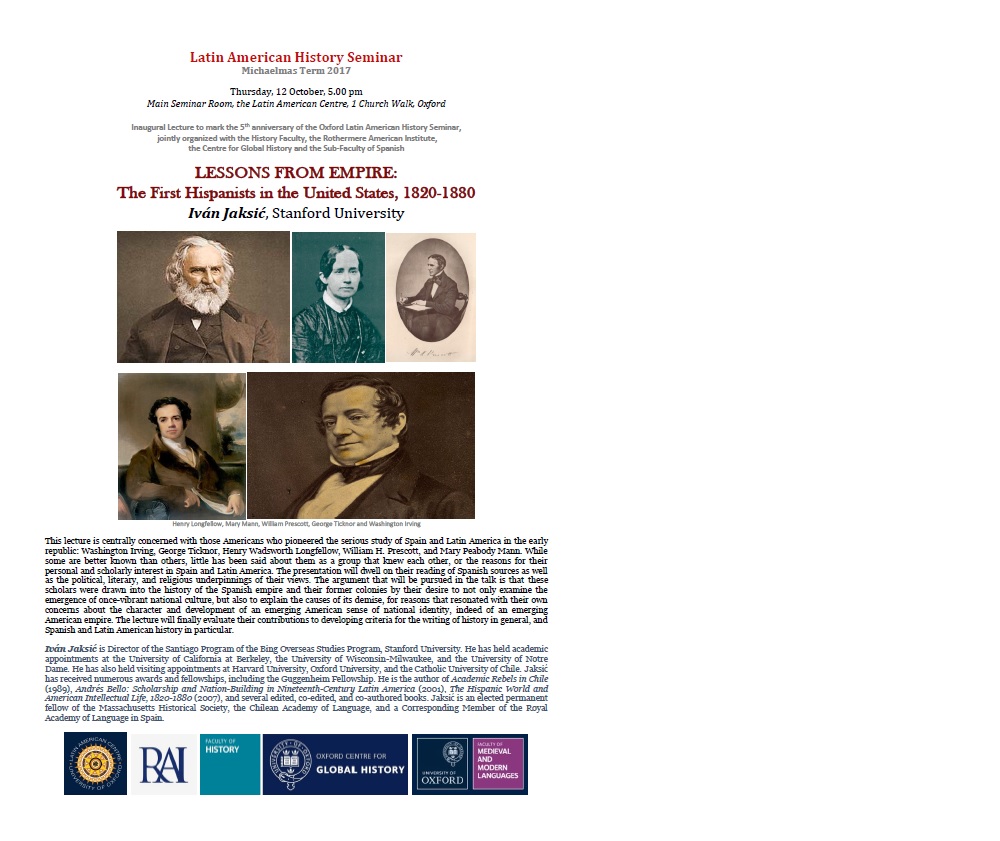