Two years of the Oxford and Empire Project 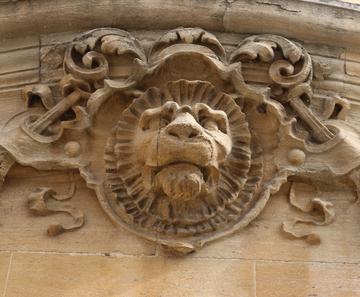 The Oxford and Empire interdisciplinary network provides a central hub and site for research and discussion of the legacies of colonialism in Oxford, including research on imperialism conducted by Oxford scholars. It includes researchers in Archaeology, English, Geography, History, the Oriental Institute, the Pitt Rivers Museum, the History of Science Museum, individual colleges, and beyond.

We are celebrating two years of the project: please see the range of its research and activities.  We also know there is more to be done, and we welcome new research, resources, projects, and participants.

The Oxford and Empire Network was launched in April 2018, rising out of a workshop on undergraduate research topics. It began with an undergraduate programme developed by Dr Erica Charters, Prof William Whyte and Dr Tim Livsey, with the support of the Oxford Centre for Global History. The project provided a reading list, guidance and supervision for undergraduate students to research the legacies of empire in Oxford’s built environment. The project was awarded a Teaching Award in June 2018.

In 2019, the project was extended to involve graduate students and early career researchers (ECRs) in enhancing public understanding of Oxford’s imperial past. ‘Oxford and Empire Tours’ received a PER Seed Fund Award to train graduate students and ECRs to develop public tours that address and discuss the legacy of colonialism in Oxford. The project was led by OCGH's co-director Dr Erica Charters and DPhil students Paula Larsson and Olivia Durand, after Paula and Olivia created and gave their own tours of Oxford as part of the 2018 IF Festival of Science and Ideas: see Paula and Olivia’s own fantastically successful Uncomfortable Oxford.  In late 2019, another Public Engagement with Research Award was granted to support the production of podcasts and further research.

If you work on related areas or projects, or would like to write a blog post relating to your own research, please do contact us.  We welcome new research from Oxford students, researchers, and postholders on the relationship between Oxford and empire, or on the history of the British Empire more broadly. The network can help with topics and resources for students interested in identifying research projects, for example for undergraduate theses or master’s dissertations. For any enquires please contact empire.project@history.ox.ac.uk

In spite of decolonisation empire is still with us, in terms of both mindsets and structures. Its pervasiveness and significance have constantly to be rethought.

-Robert Gildea, Professor of Modern History at the University of Oxford, author of Empires of the Mind