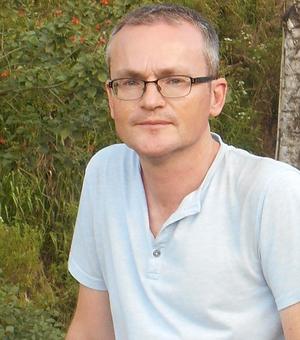 I joined the History Faculty in 2013: I am also based at the African Studies Centre. I studied at the universities of Westminster, London and Sheffield, and I have taught at the universities of Pretoria, Keele, Sheffield Hallam and Sheffield. My research focuses on southern and central Africa, specialising in the modern history of Zambia and the Democratic Republic of Congo, analysing how local historical agents have engaged and intersected with global historical dynamics, and challenging the 'methodological nationalism' of much modern African historiography. I have written on social and political change; labour and social movements; extractive communities; military conflict amid Africa's Cold War; nationalism, migration and urbanisation; and, more recently, environmental history and intellectual history, particularly focusing on the relationship between social history and knowledge production.

My doctoral research on post-colonial labour movements in Zambia was published as Mineworkers in Zambia (2007, paperback 2016). I also wrote articles on contemporary political change in articles on neo-liberalism, populism, and elections in Zambia, before publishing my second book on the history of political opposition in post-independence Zambia, Rethinking African Politics (2011, paperback 2016). In seeking to write agency and mobility into histories of Africa’s ‘Cold War’, I researched and co-authored with Erik Kennes a study of The Katangese Gendarmes and War in Central Africa (2016). I have also recently published (with Baz Lecocq) on the history of nationalism in Africa, in an article that won the Antony D. Smith prize in 2018.

My recent research, funded by the European Research Council, has focused on the social history of the mining towns of DR Congo and Zambia, the Central African Copperbelt. This project, carried out between 2016 and 2021, generated new understandings of this much-studied urban region, demonstrating the ways in which earlier foci on capital, colonial and nation-states and organised male labour, have neglected key aspects of social change as it affected and was shaped by, among other factors, women traders and agriculturalists, informal communities, cultural history and environmental change. In historicising decades of academic and policy research about the Copperbelt region, and bringing it into conversation with local understandings of its societies, the project has also sought to enable new understandings of the relationship between social history and knowledge production. The project, carried out with a team of post-doctoral research associates, has so far generated eight journal articles, an edited book, Across the Copperbelt (2021), and my own book Living for the City (see below), all of which are available fully Open Access.

Living for the City is a social history of the Central African Copperbelt, considered as a single region encompassing the neighbouring mining regions of Zambia and the Democratic Republic of Congo. The book integrates the region's social history with the production of knowledge about it, shaped by both changing political and intellectual contexts and by Copperbelt communities themselves.

I am pleased to hear from prospective doctoral students in twentieth-century African history, particularly in central and southern Africa and/or on the themes mentioned in my research interests.

Further Subject 22, Transformations and Transitions in African History since c.1800