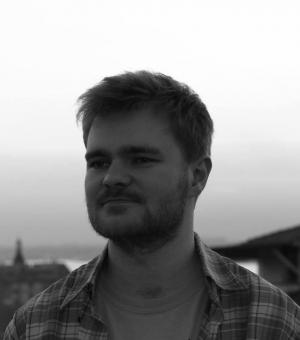 I am currently researching and writing on the foundational period of diplomacy between Tudor England and the Ottoman Empire, 1565-1607. My work investigates political and interpersonal connections and conflicts between English, French, and Venetian ambassadors in early-modern Istanbul, and likewise their connections and conflicts with various members of the Ottoman political hierarchy. My thesis interrogates the received historiographical wisdom regarding English foreign policy and diplomatic priorities in the late sixteenth century, as well as the wider role of merchants in shaping English interactions with the wider world during this period. It also seeks to shed a light on the late sixteenth/early seventeenth-century evolution of offices within the Ottoman political system through combining European diplomatic archival sources with Ottoman chancery documents and contemporary chronicles and histories, allowing a detailed overview of the interactions and transactions between Ottoman office-holders and embassies from northern and western Europe.

My primary area of interest is the Ottoman Empire from its birth until the seventeenth century. I am particularly interested in its political and organisational structure(s), as well as the social and cultural history of the Ottoman Empire and its peoples more broadly. I have also previously worked on Ottoman urban history, particularly in relation to Ottoman elite endowment of Islamic charitable foundations - awqaf/evkaf - within urban spaces, and its political, economic, and social consequences. More broadly, I am interested in the history of the Mediterranean basin as a regional system, Turkic history, and the history of slavery in the Mediterranean and West Asia. Papers will eventually find their way to my profile at academia.edu.

I am not currently teaching within the History Faculty, although I am happy to discuss potential opportunities to teach, tutor, or supervise undergraduate students working within my research interests.

After attending my local comprehensive school and the town sixth form college in Solihull, West Midlands, I graduated from Durham University with a First Class BA (Hons) in History. I was at Hatfield College. I also hold an MLitt in Middle Eastern History and Culture from the University of St Andrews. I spent two years living in Istanbul, Turkey, where I learned Turkish as a research language. I was a student at Sabancı Üniversitesi, picking up another MA in History. I also taught Social and Political Sciences to undergraduates at Sabancı throughout this period. I arrived at Oxford a year after leaving Turkey, having spent the intervening period variously mentoring, supporting, and teaching in the English faculty of a comprehensive school in the West Midlands. Secondary education and access to elite universities for people from less privileged backgrounds are causes close to my heart, and I volunteer regularly with Wadham College's access and outreach programmes. I also worked as senior editor for Asfar. I read Early Modern English, French, Turkish, plus a little bit of Persian and Ottoman. I am currently working towards improving my Ottoman and learning Italian in order to further my research skills.